History of Burtown & the Fennell Family

Once the centre of a 2000 acre estate and built for Robert Power, High Sheriff of Kildare, in the first part of the 18th century, Burtown House is marked on early maps as Power’s Grove. 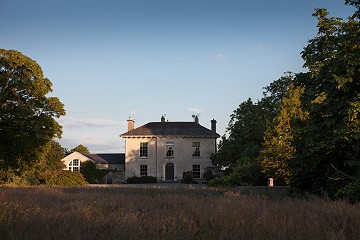 Originally one room deep, wings were soon added (only their faint outline remain). In the late eighteenth century, the house was enlarged with the addition of a bow-fronted dining parlour on the garden front with a drawing room above and a large kitchen below, with a grand staircase lit by a tall rounded arch sash window. 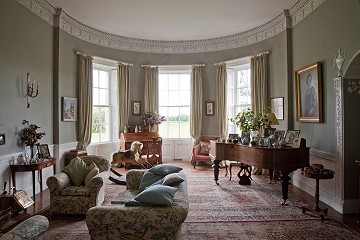 Particularly fine plasterwork was also added at this time, most notably in an arched alcove in the bow fronted-room, which is filled with a shallow fan and a delightful spray of grapevine, flanked by a pair of classical vases surmounting pilasters composed with foliage and naïve Corinthian capitals. 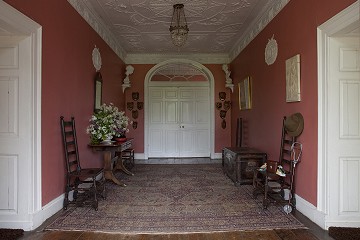 Like many Irish houses, Burtown passed through the female line: from the Haughtons to the Wakefields, the latter inheriting it in the early 19th century. It was during the Wakefield tenure that the facade was given a facelift: a fan lit entrance door, recessed in an arch; enlarged sash windows; and a roof with deep eaves. When Thomas Wakefield Haughton was killed by a cricket ball, the house passed to his sister Jemima, wife of James Fennell. James was descended from Colonel John Fennell (1626-1706), an English officer in Oliver Cromwell’s army who was granted a small estate on the banks of the River Suir outside Cahir, Co. Tipperary. He became an early Irish Quaker, and the Fennells grew to become one of the most prominent milling families in South Tipperary, intermarrying with the Grubbs, the Phelps and the Malcomsons of Portlaw.

The Quaker Village of Ballytore

Burtown is close to the village of Ballytore, one of Ireland’s most prominent Quaker strongholds. The former Ballytore boarding school was founded in 1726 by the Yorkshire born Quaker Abraham Shackleton, our forembear, with pupils attending as far away as France, Norway and Jamaica. Its most famous pupil was Edmund Burke the philosopher and statesman. In 1748 an English traveler visited Ballytore and wrote ‘ Our eyes were charmed with the sweetest bottom where, through lofty trees, we beheld a variety of pleasant dwellings. Through a road that looked like a fine terrace walk, we turn to this lovely vale, where Nature assisted by Art gave us the utmost contentment. It is a colony of Quakers, called by the name of Ballytore.’

James and Jemima’s son, William James Fennell was a accomplished horseman, a passion that has continued to the present day. He married Isabel Shackleton, who is shown in an old photograph wearing her hunting habit and was a keen gardener. She was a cousin of the famous Antarctic explorer, Sir Ernest Shackleton. William and Isabel’s son, Jim, an officer in the Royal Artillery, inherited Burtown and lived there until 1963 when his son, William took over at the age of 21.

The walled kitchen garden has been in production for over 150 years. Much of the present flower, vegetable and woodland gardens were reclaimed from paddocks, fields and woodlands by Lesley Fennell and her son James. The Nutgrove, once a romantic garden in the 18th century, is perhaps the oldest part of the garden and is now being replanted. Neighbouring fields are also being devoted to arboretums, woodland walks, wildflower meadows and ponds.

William and Lesley farmed about one quarter of the original 2000 acres until the early 1990s when they sold a portion of the land and the old farm steward’s house, an 18th century farmyard and a gate lodge nearby. Burtown is still a working farm, with 180 acres of wheat, barley and forestry.

Lesley Fennell now lives in the stable yard in the house once occupied by her mother, the botanical artist, Wendy Walsh, while James and his wife Joanna and their children Bella, Mimi and William live in the main house. 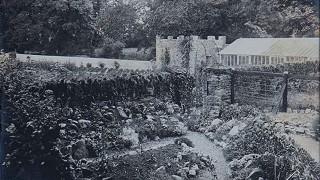 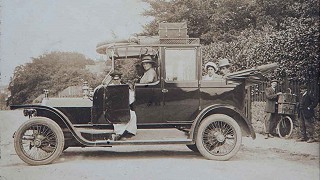